There’s a lot of possibilities (Mastadon, Discord, Gas, Snap, etc). But, if you know me, I tend to be a tick ahead. Not one to jump on anything, am quite deliberate with play and experiments. Often times nearing the edge of what’s popular for a moment before it dies, am sometimes also behind the crowd.

So what/where is seen beyond Twitter? Besides more folks doing Substack/LinkedIn/email newsletters?

The protocol behind Damus is what’s most appealing. But, unlike a lot of projects which build on nascent protocols, Damus has shown some decent attention to overall IA/UX. It’s not the future. Nostr is.

Nostr is what seen as a possible future because when attached to the lessons from Twitter, one is offered the appeal of discovery and curiosity. These are the ingredients which seem most common to “whatever catches on.”

The idea of relays (a hybrid-federated network model) feels where the global social media landscape should be evolving to. Weirdly, this is more or less proving the pre-Microsoft Skype vision as quite correct. If Nostr and apps/services on top of it takes off, then such a hub-and-spoke model may validate one of the early tenants of the internet (resilience) while also offering the benefits of where it has evolved (platforms which extend human capacities to connect at their own speed). 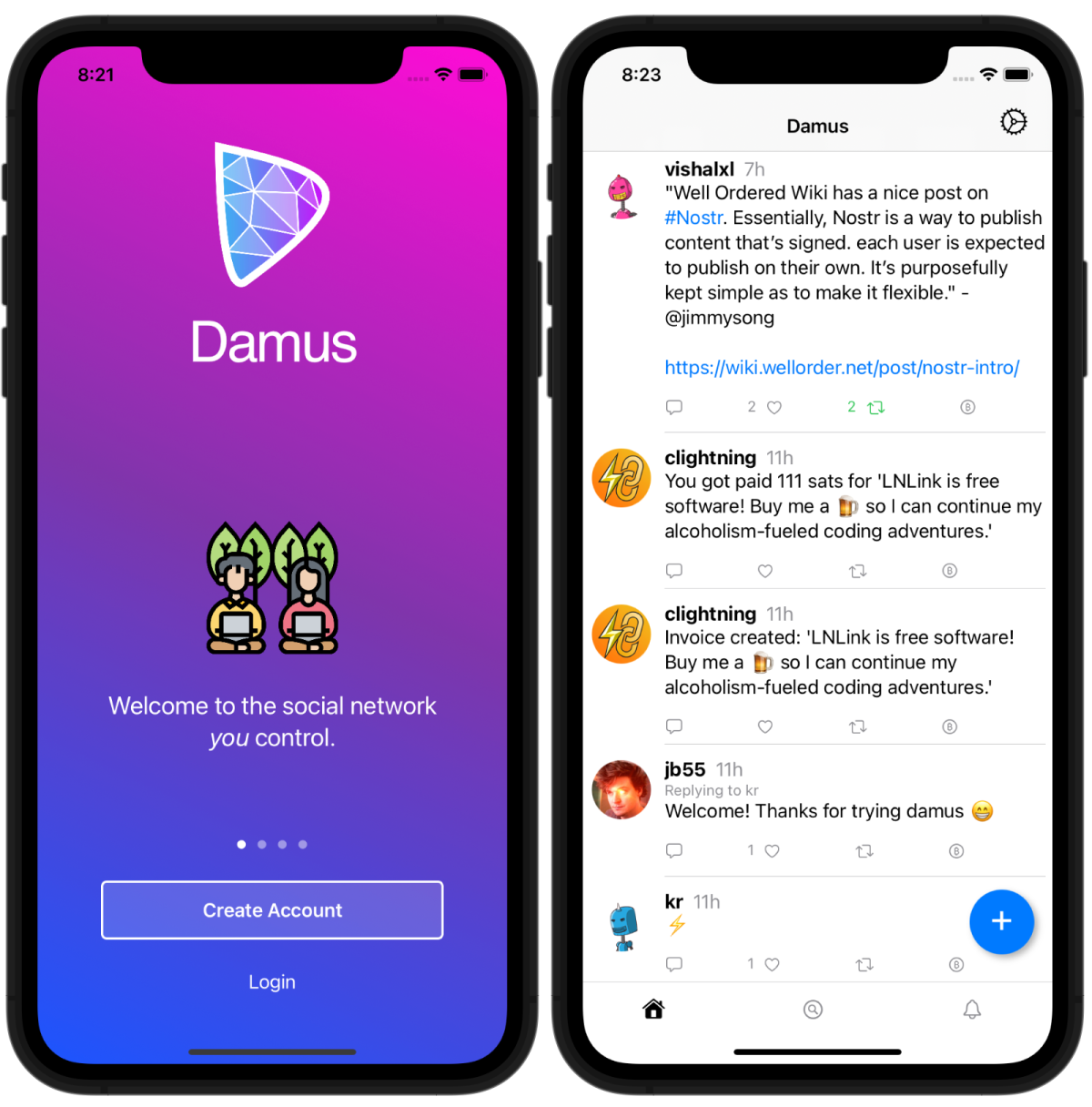