Have been encouraged over the past few weeks with several conversations about what this initiative is about. Into that end, many of those conversations have sparked a few refinements to previous ideas. In some cases, they’ve confirmed approaches, while in other cases they’ve lent a different perspective. What’s been good about this is the journaling that happens afterwards, it offers an opportunity to sharpen some of those arrows for eventual offerings or experiments.

…since my arrival, navigation has been the true start of the conversation

Often, we might not notice the subtlies of random conversations, detoured directions turned, or newly found depths in sounds playing in terms of them sharpening or shaping the ways we are traveling. For those instinctive teams (or individuals themselves), it almost becomes a regular occurrence to follow those signals. However, if not careful, we can find ourselves out of tune with our environment, moving about in processes that we do understand, but is no longer instinctive. It’s a process, yes. It’s the way that we do things. It’s a hardened framework. It is… the norm.

Some of these in the quiver point to being a little less hardened, and a little bit more instinctive. If there is a place for adding resiliency, versatility, capacity, etc. to one’s efforts, it’s probably not going to come in the place of a hardened, or routine effort. The probably needs to be some re-centering. And then once centered, you can focus on making a clear direction more viable. You can focus on making an offering, capable of reaching its destination.

Before writing this, was sitting on the Muse whiteboard and noticed a few articles in the quiver. Each one has its own excitement, it’s own breath. However, if not sharpened before release, they won’t meet their intended targets. Probably, the most exciting one is not even on the whiteboard shared with this. Because that one is it even greater leap. That experiment, if it can come to pass tangibly, figures to capture everything meant about taking a leap forward through re-engineering complexity. But, before that happens, the thoughts need sharpening. Before that happens, the applications, services, and frameworks need refinement. Not that things can’t be shared sooner-rather-than-later. Only that they should be sharpened, so that when show share and tell comes, it really does hit the bullseye. 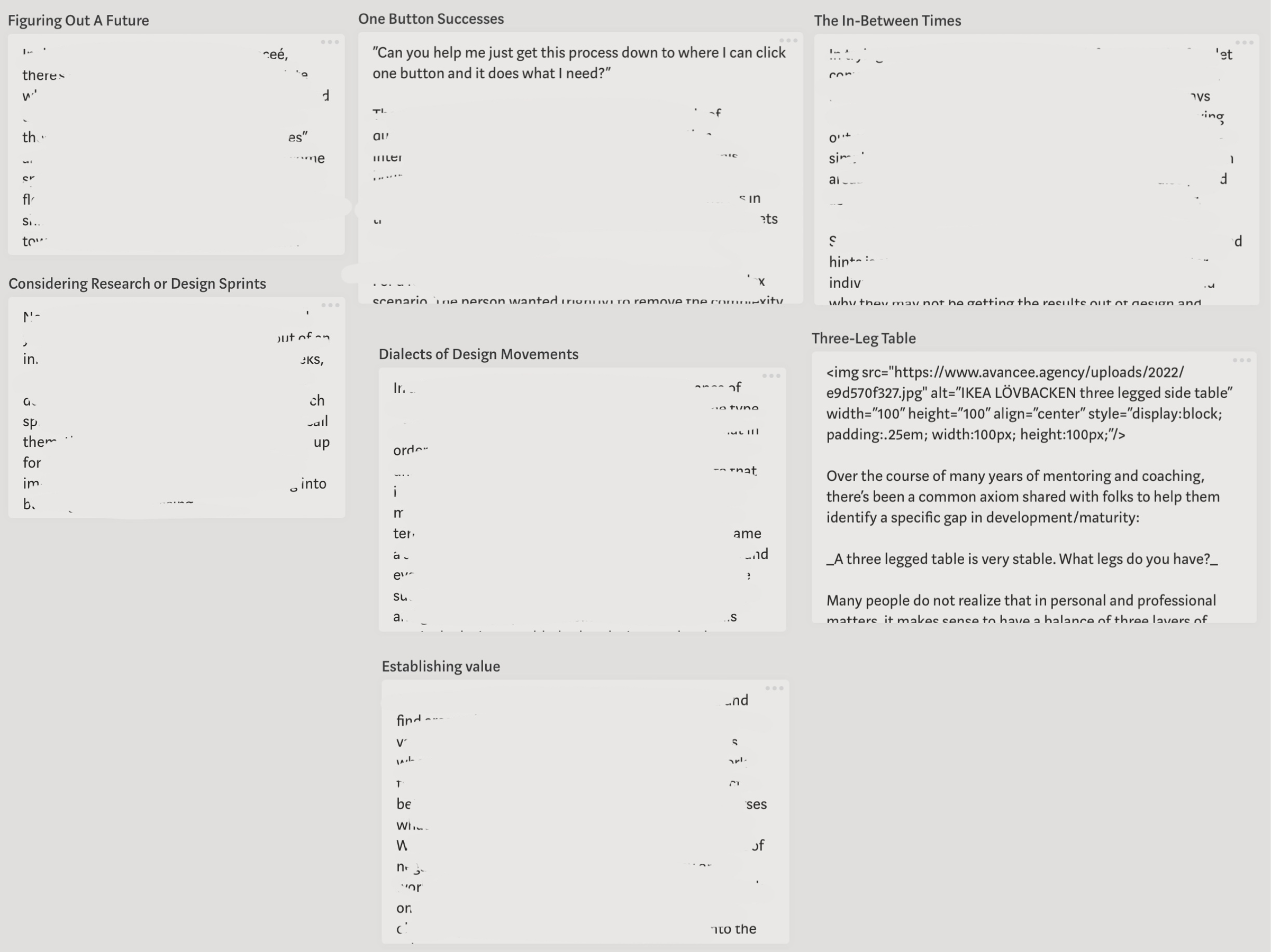